In stock
SKU
IN-MI SMART BAND 5
Be the first to review this product
As low as QAR129.00
Add to Wish List
Email
Skip to the end of the images gallery

Skip to the beginning of the images gallery

To start with, the AMOLED display of the Mi Band 5 is slightly bigger than that of the Mi Band 4. It measures 1.1-inches as opposed to the Mi Band 4’s 0.95-inch screen. That’s not much of a difference but the screen now has smaller bezels and a larger area to display more information. The resolution is set at 126 x 294 pixels and it supports 100% of the P3 color gamut. It also comes with a 2.5D tempered glass panel that protects the screen from scratches and abrasions.

There are more than 100 new themed dials to choose from, including 54 IP featured themes such as Spongebob Squarepants, Neon Genesis Evangelion, Hatsune Miku, and Detective Conan. You can also customize the band interface by adding function modules based on your preference, everyday mood, and personal style.

Besides the added sports modes, the Mi Band 5 gets many new tracking features and improvements. We’ll have to test out how well they work in our review, but for now, its definitely a step up from what you get with the Mi Band 4.

The Mi Band 5 now has improved sleep monitoring, with continuous heart rate tracking as you snooze. Xiaomi claims this will help identify sleep problems such as irregular and sporadic sleep patterns, and rapid eye movement. Based on the data collected, the app will give you suggestions on how to improve your sleep quality.

The Mi Band 5 also gets a built-in SpO2 or blood oxygen tracker. This was absent from the Mi Band 4. The tracker can apparently detect your blood oxygen saturation levels every second, for eight hours in a row. That’s a total of 28,800 reading in a span of eight hours. This continuous SpO2 monitoring is also aimed at improving sleep quality. It will work in tandem with the Mi Band 5’s sleep tracking function to provide more comprehensive sleep quality feedback.

Other new features include menstruation cycle tracking, breath training, remote control for your smartphone camera, and a new PAI Vitality Index. PAI stands for Personal Activity Intelligence and is a feature borrowed from Huami’s Amazfit wearables. It essentially gamifies health tracking by giving you a score between 1-100 based on your daily activity and heart rate.

Apart from the new sports modes and tracking features, the Mi Band 5 also brings a major design tweak. Traditionally, all Mi Bands have had to be popped out of their silicone straps for charging. The new Mi Band 5 does away with that hassle and brings all-new magnetic charging onboard.

The band has a 100mAh battery which, Xiaomi claims, can keep the lights on for up to 14 days on a full charge.

Write Your Own Review
Featured Product 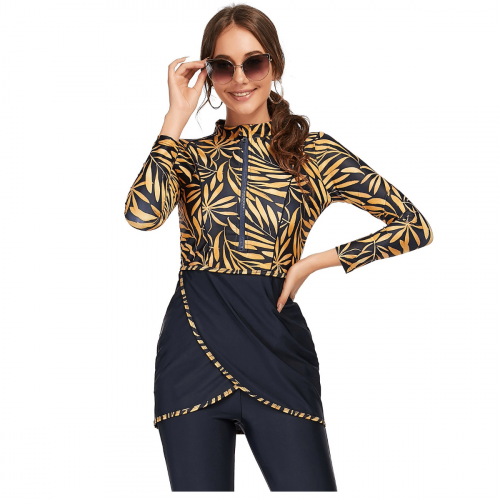 GOLDEN LEAF PRINT MODEST WOMEN MUSLIM SWIMSUIT BURKINI
Be the first to review this product
As low as QAR210.00 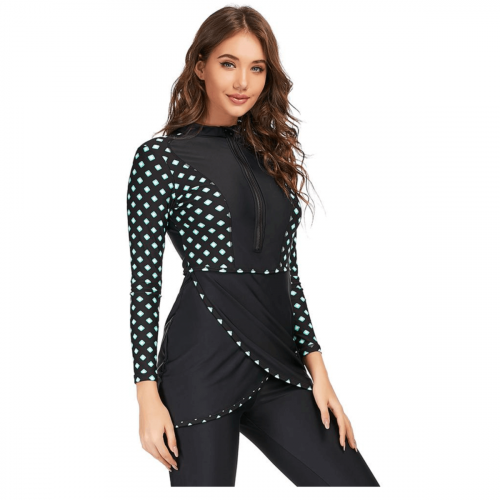 GREEN PRINT MUSLIM WOMEN SWIMWEAR BURKINI LONG SLEEVE
Be the first to review this product
As low as QAR210.00 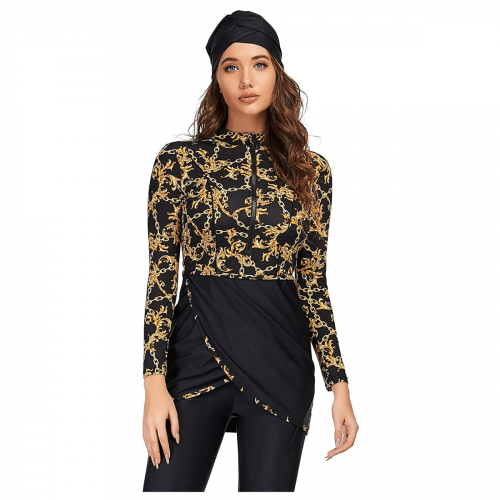 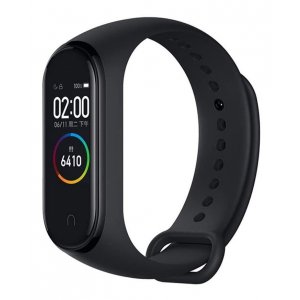 Be the first to review this product
QAR99.00
Add to Wish List 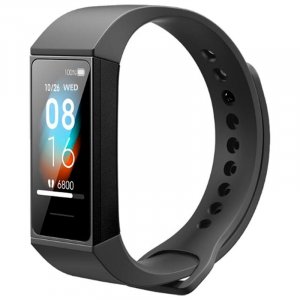 Be the first to review this product
QAR89.00
Add to Wish List